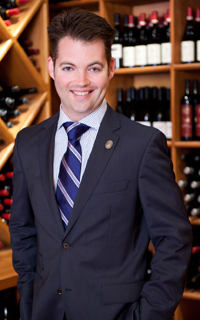 “Piedmont is sometimes overlooked,” says Taylor, “however the wine cognoscenti realize its tremendous importance, and we’re thrilled to have two such brilliant producers make their debut here at CinCin.”

The Damilano Winery is over a century old. Managed by the founder’s great grandchildren, their estates produce mainly Nebbiolo de Barolo and Barbera. G.D. Vajra is located in Vergne, the highest commune in Barolo, where the late-ripening Nebbiolo grapes impart a distinctive flavour profile. Both wineries will present their finest bottles, which are consistently rated at 90 points and higher by major wine periodicals.