“In Vancouver’s exciting cocktail scene, our goal at Toptable Group is to continue to lead in our extraordinary service delivery and beverage selection,” said Doyle. “From extensive spirit selections to our handcrafted cocktail menus, we strive every evening to deliver memorable experiences for our guests. David and Sabrine are two of the city’s best and will continue to elevate our bar program.” 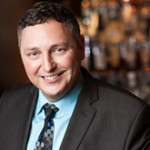 David Wolowidnyk, one of Canada’s most acclaimed bartenders, and who has long managed the bar at West, has been appointed Bar Manager at CinCin Ristorante, effective Tuesday, May 5th. David has drawn international accolades for his craftsmanship, including winning the BOMBAY SAPPHIRE® World’s Most Imaginative Bartender Competition, Morocco, 2012; and the  Ketel One National Bar Chef Competition, 2010  “Best Bartender Pacific Northwest”, amongst many others.

David’s appointment salutes the 25th Anniversary of CinCin, and the new direction of the restaurant under Executive Chef Andrew Richardson and his contemporary Italian menus crafted on the Grillworks Infierno. 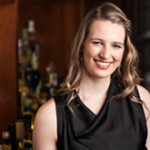 Sabrine Dhaliwal has been promoted to Bar Manager at West Restaurant. The accomplished Sabrine, who has been the Assistant Bar Manager for several years, most recently took home top prize at the Molinari Sambuca Cocktail Competition. When not tending her bar at West, she has recently been found guest bartending at the Osoyoos Oyster Festival and competing at ‘Speed Rack’ at EAT Vancouver. She will also be performing at Dish ‘n Dazzle on May 7th.

One of Canada’s leading hospitality groups, Toptable Group has four elegant, yet approachable, restaurants in Vancouver and Whistler: Araxi, CinCin, Blue Water Cafe and West, as well as the chocolaterie, patisserie and café, Thierry.  More information can be found online at www.toptable.ca.