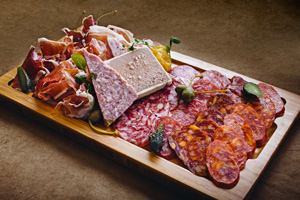 “The menu speaks to liveliness and sharing, applying Spanish influence to local ingredients,” Chef Muñoz Santos said. Guests will find a selection of raciones (platters meant for sharing) of wild scallop crudo, roasted Pacific octopus, and ham hock, as well as beautifully presented classic pintxos (on skewers) of devilled egg and lime, and chilled prawns. Charcuterie boards feature fresh and house-cured meats, and Spanish, Italian and local cheeses. There’s a broad selection of chilled seafood dishes too. A signature crema Catalana or a selection of macarons, Valrhona chocolate tarts, or passion fruit cake, will satisfy the most discerning sweet tooth. 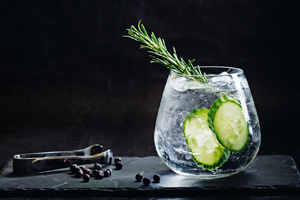 ection of handcrafted cocktails, inspired local and Spanish wines, and craft beers. “We took the same approach with cocktails as Chef did with food. Guests will enjoy our feature menu of gin and tonics, as well as modern twists on familiar favourites such as our Oso Sour, all using fresh, seasonal ingredients sourced nearby.

Bar Oso – “oso” meaning “bear” in Spanish, an homage to Whistler’s wildlife – will be open daily from 5pm until late and is located at #9 – 4222 Village Square. Further information, including the full menu, can be found online at BarOso.ca or by calling 604 962 4540.

ABOUT TOPTABLE GROUP
Toptable Group is celebrating several milestones in 2015 including the 25th anniversary of CinCin Ristorante and the 15th anniversary of both Blue Water Cafe and West Restaurant. One of Canada’s leading hospitality groups, Toptable Group has four elegant, yet approachable, restaurants in Vancouver and Whistler: Araxi, CinCin, Blue Water Cafe and West, as well as the chocolaterie, patisserie and café, Thierry.  More information can be found online at www.toptable.ca.