Whistler, BC (February 10th, 2016) – Francesco Ricasoli, the 32nd Barone of Brolio, and proprietor of Barone Ricasoli, will introduce a wide range of his famous wines at the inaugural wine dinner at The Cellar by Araxi later this month. The Ricasoli family created the formula for Chianti Classico in 1872, drawing on the region’s superior Sangiovese grapes. 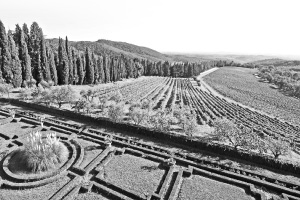 “We’re absolutely thrilled to have the Barone host this event with us, particularly as it’s our first wine dinner in The Cellar,” says Neil Henderson, restaurant director of Araxi Restaurant and Oyster Bar and The Cellar by Araxi. Samantha Rahn, Araxi’s wine director, adds, “The range and quality offered by Barone Ricasoli is as impressive as its history – after all, his family invented one of the world’s most popular classifications.”

Executive Chef James Walt is working closely with Rahn to develop a five-course menu tailored to the wines. The dinner will be held at The Cellar at Araxi on Sunday, February 21st at 6:30 pm. Tickets to this intimate event are $185 per guest, plus tax and gratuity. As space is limited, interested guests should contact Samantha Rahn directly at samantha.rahn@araxi.com to purchase tickets. Event information can be found online here.

The beautifully designed Cellar by Araxi is Whistler’s newest venue, and boasts an impressive space for private dining and exclusive events. It offers feature wine walls and a dedicated wine room, can be subdivided for intimate events, and has a show kitchen for interactive chef demonstrations. A separate entrance and staircase ensures the utmost exclusivity for private-dining patrons.

ABOUT TOPTABLE GROUP
Toptable Group celebrated several milestones in 2015 including the 25th anniversary of CinCin Ristorante, the 15th anniversary of both Blue Water Cafe and West Restaurant, and the opening of Bar Oso and The Cellar by Araxi. One of Canada’s leading hospitality groups, Toptable Group has six elegant, yet approachable, venues in Whistler and Vancouver: Araxi Restaurant and Oyster Bar, Bar Oso, CinCin Ristorante, Blue Water Cafe, West Restaurant, and Thierry Cafe. More information can be found online at toptable.ca.