Next September, Walt will be embarking on a unique culinary journey to Peru. The eleven-day tour has been designed to maximize the experience of Peru’s exciting modern fusion of flavour and culture in the three major centres of Lima, Arequipa and Cusco. 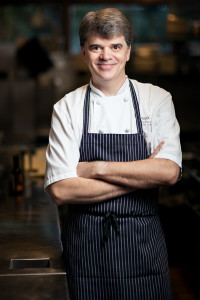 “I’m deeply honoured to have been selected to lead this tour,” Walt says. “Peruvian cuisine is a world-leader that draws on its ancient Incan base, but is influenced by five centuries of colonial Spanish settlement, and more recently, by the country’s extraordinary cultural diversity. At once, it is both very old, very new, and very bold.”

Guests will begin their culinary experiences by visiting local specialty markets with leading Peruvian chefs to purchase fine local ingredients, followed by hands-on cooking experiences. Participants will also taste local specialties at celebrated restaurants in Lima, such as Sibaris and Chef Virgilio Martinez’s signature restaurant Central, which is listed as one of Pellegrino’s ‘50 Best Restaurants In The World’.

In the southern city of Arequipa, tour members will learn traditional home-style cooking and enjoy dinner at Chicha Arequipa, a restaurant owned by Peru’s most famous and celebrated chef, Gastón Acurio.

And at the legendary city of Cusco guests will explore further, on a guided excursion to the Lost City of the Incas, Machu Picchu followed by a hands-on cooking demonstration by Chef Walt in the Sacred Valley.

The tour concludes in Lima with a visit of Chinatown and another culinary experience at the world famous Astrid & Gastón, (also awarded in ‘50 Leading Restaurants In The World’) followed by another dynamic cooking demonstration by Chef Walt.

Departing Vancouver on September 26, 2015, the group will be intimate in size with a maximum of 15 guests. Besides the culinary experiences, the tour also includes guided visits to the major cultural sites including 4 UNESCO World Heritage Sites in Peru. The tour is being arranged by Bestway Tours & Safaris and details may be viewed HERE.

The culinary cornerstone in the heart of Whistler Village, Araxi enjoys a long held international reputation for excellence in food, wine, and service. One of Canada’s leading hospitality groups, Toptable Group has four elegant, yet approachable, restaurants in Vancouver and Whistler: Araxi, CinCin, Blue Water Cafe and West, as well as the chocolaterie, patisserie and café, Thierry.  More information can be found online at www.toptable.ca.