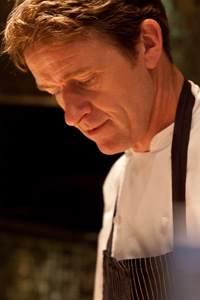 Vancouver, BC (August 17th, 2015) – In celebration of the 25th Anniversary of CinCin Ristorante, Executive Chef Andrew Richardson has announced a special commemorative menu that will mix CinCin classics with contemporary twists, including wood-fired dishes from chef’s Grillworks Infierno.

Many credit CinCin’s success to providing a culture of true hospitality with a heady admixture of continuous culinary reinvention. “A decade’s longevity in the restaurant world is a rare creature,” says Toptable Group President Michael Doyle. “A quarter century is rarer still, and much credit is due to the passion and commitment of the entire team – both past and present – at CinCin Ristorante.”

The four-course CinCin 25th anniversary menu will be featured from Friday, September 11th to Monday, October 5th. The price is $79 per person plus tax and gratuity, with suggested wine pairings available.

Reservations for CinCin Ristorante’s 25th anniversary menu are highly recommended and can be made online here or by calling the restaurant at 604 688 7338.

A winding stone stairway leads upward from bustling Robson Street, where CinCin continues to define modern sophistication and inspired Italian cuisine. With acclaimed Chef Andrew Richardson at the helm, the menu at CinCin represents the clean and plentiful flavours of Italian gastronomy. One of Canada’s leading hospitality groups, Toptable Group has four elegant yet approachable restaurants in Vancouver and Whistler: Araxi, CinCin, Blue Water Cafe and West, as well as the chocolaterie, patisserie and café, Thierry. More information can be found online at www.toptable.ca.