Whistler, B.C. (September 13th, 2017) – There’s quite a buzz in Whistler Village around iconic restaurant Il Caminetto, as Toptable Group reimagines its concept with plans to continue the legacy of famed restaurateur Umberto Menghi.

Purchased by Toptable Group in late spring of this year, construction is now in full swing to reimagine Il Caminetto and continue its delicious story-telling as a food and wine destination restaurant. 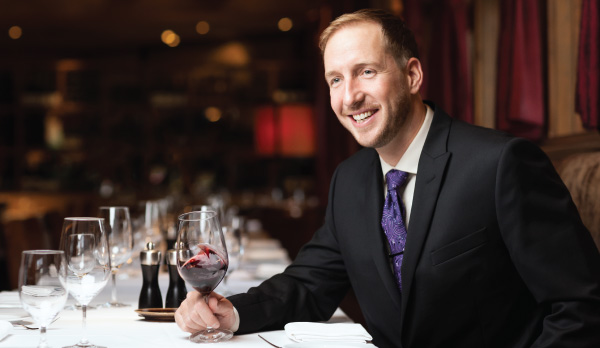 One of the individuals that will play a key role in Il Caminetto’s future successes is a well-known face from the Araxi Restaurant + Oyster Bar team – Niagara Falls native, Darin Newton. As the newly appointed Restaurant Director at Il Caminetto, Darin will bring his 20 years of service experience to lead the front-of-house team in the contemporary, regionally-inspired dining room and work side-by-side with Executive Chef James Walt. From the beverage program to the menu, Il Caminetto’s style will be a blend of modern interpretations of classics and regional Italian cuisine. Alongside his responsibilities at Il Caminetto, Chef Walt will also continue to direct the food programs at Araxi Restaurant, The Cellar by Araxi, and Bar Oso.

With an International Sommelier Guild diploma, a Sommelier level certification through the Court of Masters, and an Advanced WSET designation with Distinction, Darin knows his way around a cellar and is the consummate host. Groomed by Araxi’s Restaurant Director Neil Henderson, this well-deserved appointment takes Darin’s career path full circle — his early days in the restaurant industry found him learning the ropes at Il Caminetto.

“We’re delighted to have Darin see his dreams come true with directing his own restaurant,” Toptable Group’s President Michael Doyle says. “He’s proven his leadership abilities over the years with Toptable Group, and Il Caminetto is the perfect venue and opportunity for him to showcase his talents. Congratulations Darin, from the entire team!”

Darin will begin the hiring process for key service positions in the early fall and start building the Il Caminetto team to coincide with the 2017/18 ski season.

Just steps from Araxi Restaurant, Il Caminetto is centrally located in the heart of Whistler Village at 4242 Village Stroll, Whistler, BC,  V0N 1B4.

High-resolution images can be downloaded from our Media Room.