Vancouver, B.C. (April 28th, 2017) – The hospitality award season continues at full tilt with Where Magazine recognizing best in class at the annual Where to Dine Reader’s Choice Awards. On the heels of the Vancouver Magazine Awards, the city’s food and wine cognoscenti gathered to pay tribute to the hardworking men and women who make up the multicultural fabric of our restaurant community.

The standing-room-only ceremony presented numerous awards to the city’s finest including Toptable Group’s Thierry Cafe and Araxi Restaurant and Oyster Bar. In 2016, over 850 restaurants received nominations from Where’s well-travelled readers who evaluated their memorable dining experiences across 19 categories that run the gamut from brunch to dessert. 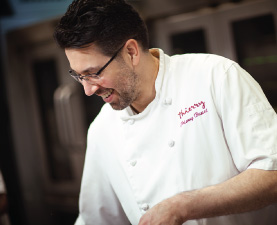 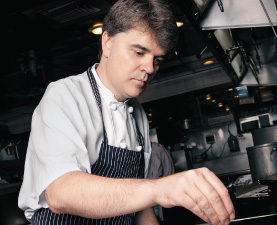 “I’m delighted to see Toptable Group recognized for its dedication to dining excellence and commitment to continually raise the bar and win consistent reviews from near and far,” Michael Doyle, President of Toptable Group, said. “From our Executive Chefs and  Restaurant Directors to everyone on the team, we’re a tightly knit family of hospitality professionals who add their expertise and finesse to each of our restaurant personalities. We are so very proud of them.”

Toptable Group’s Vancouver stable of reader favourites continued to resonate with Where readers, who nominated Blue Water Cafe, CinCin Ristorante, West Restaurant and Thierry Cafe in categories that range from Fine Dining to West Coast cuisine. When the votes were tallied, Thierry Cafe won the hearts of those who love their sweets with the Reader’s Choice in the best Dessert category. Where Magazine sums up Thierry well with the comment, “A little slice of Paris in Vancouver, Thierry Busset’s authentic patisserie is a lesson in sweet seduction that tempts with all manner of macarons, hand-crafted chocolates and cakes, plus savouries, superb coffees, teas, spirits and more.”

Reservations for any of Toptable Group’s restaurants are highly recommended and can be made by calling each of the venues directly or booking online.