“I am thrilled to have Michael leading the Toptable Group team,” stated Aquilini.  “With over two decades of food and beverage management and operations experience, Michael will continue the legacy for which theseextraordinary restaurants are known.”

Mr. Doyle commenced his capacity as President of Toptable Group on March 18, 2014 and will work closely with Toptable Group founder Jack Evrensel – now engaged in a consulting capacity – for a seamless transition and continuity of the high-level experience guests have come to expect. 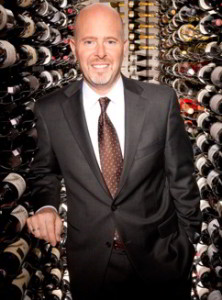 Previously, Mr. Doyle served as Vice President, Food & Beverage as part of a ten-year career with Maple Leaf Sports & Entertainment. In Toronto, he oversaw the food and beverage operations at the Air Canada Centre, BMO Field, and Ricoh Coliseum. He designed and built E11even and Real Sports Bar & Grill, which was voted North America sports bar of the year in 2010, both located in Maple Leaf Square.  Mr. Doyle spent ten years in senior management positions with The Club House Restaurant in California and The Walt Disney Company, and is currently part of the executive team at Aquilini Group.

Mr. Doyle’s success in the industry can be attributed to his ongoing pursuit of excellence, unwavering passion and commitment to provide first-class food and premium hospitality experiences.