Vancouver, B.C. (April 27th, 2018) – British Columbia’s vibrant restaurant community once again gathered yesterday at the Where to Dine Awards to recognize its own for outstanding cuisine and service excellence across a myriad of categories from Best Asian to Best New Restaurant. Hosted at The Douglas Vancouver, over 250 attendees came out to support the chefs, front-of-house service teams, and industry purveyors recognized for their unrelenting passion and commitment – the same individuals who make this province one of the world’s most acclaimed dining destinations. 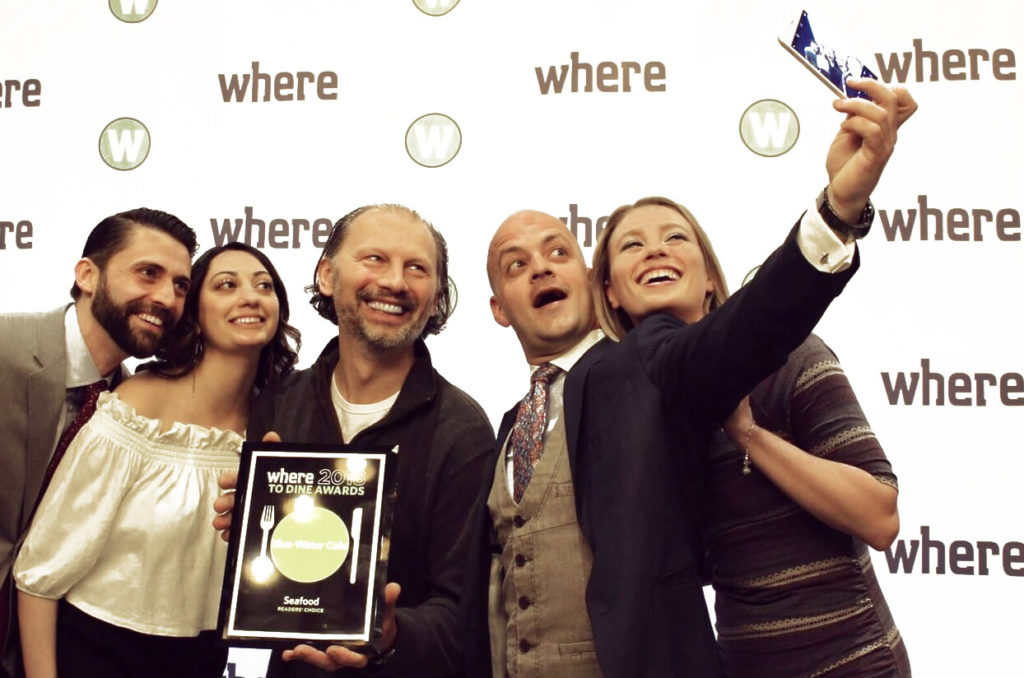 Over the last year, Where Magazine readers voted for their favourites to determine which extraordinary venues and personalities rose to the occasion and exemplified unsurpassed excellence and brilliance.

Toptable Group is honoured to have been recognized in the following categories:

“British Columbia continues to raise the bar in the culinary world and we’re honoured to play a role in this dynamic industry,” says Michael Doyle, President of Toptable Group. “We look forward to welcoming guests to our Toptable Group of restaurants and extending authentic dining experiences to them. Congratulations to all of the 2018 Where to Dine Awards nominees and winners!”

SUGGESTED TWEET:
#NEWS: The 2018 #WhereToDineAwards winners have been announced! Congrats to all the well-deserving nominees and winners. Visit any of @ToptableGroup’s restaurants and experience the city’s best as awarded by @WhereVancouver. https://toptable.ca/toptable-group-crowned-22nd-annual-magazine-awards/